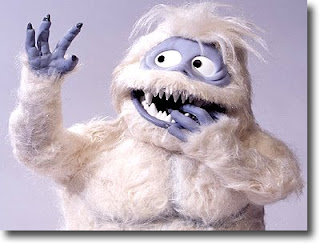 THIS IS FOR ALL YOU LATE-DEAFENED ADULTS OUT THERE:

Although there are many things you can leave to chance as a late-deafened adult, one decision is inevitable: Sooner or later you have to choose which communication technique you’re going to use.

Some people think lipreading is the way to go. I, personally tried that route once as a kid and ended up being smacked. It’s amazing how much, “The layers are really fine,” looks like, “That lady is really fat!” After months of classes and studying, I feel it’s safe to say that I cannot lipread. Even now, years later, we have a game where my husband, Kenny, or one of the kids will say something without signing and I have to guess what they’re saying. It provides plenty of comic relief!

Amidst all the communication choices, only one seemed to match my skill level and aptitude, and that was sign language.

I was comfortable with signing. It came naturally to me. I started off with Contact Sign (formerly Pidgin Sign English or PSE) and later switched over to American Sign Language. As an adult, of my three children, only one learned to speak before they learned sign language. Mollie was only three-years-old though, so it came easily to her. My husband? Not so much. But we’ll discuss that later.

Although becoming deaf isn’t funny, if you look close enough, three’s humor in everything. Take my grandmother’s funeral for example. My family never really took the time to learn to sign for me. Anyway, I’m sitting, waiting for the service to begin when my younger sister abruptly sits down next to me, wide-eyed, and slowly signs “I’m Satan!” Well, let me tell you that Satan is one being I do not want at a funeral. She’d actually meant to sign, “I’m paranoid,” referring to her weight, but it was too late. The fear had already set in.

After the eulogy, I was in tears, having lost someone near and dear to my heart. My mother came up to me, embraced me, and then lovingly signed, “It’s OK, Sweetie. Grandma’s with the queen.” Ah! I can see her even now, in the back of a chariot, waving to the crowd in all of her glory.

As I mentioned earlier, it took a little longer for my husband to get out of the habit of improvising or even creating new signs. If it’s just the two of us, I laugh and let it go. But sometimes, well, let’s just say it doesn’t work out.

Picture this; we’re at an important meeting, surrounded by ten other Deaf people, when Kenny decides to chime in. Great, I think. It’ll be nice to see his input into the conversation. So he starts signing and all is going well until he signs (or should I say, means to sign) “That’s perfect! I can make a deposit!” But that’s not what he signed. Oh, no. Not even close. Between his “perfect” being a “P” on his nose (penis) and his “deposit” showing what that “P” does (ejaculate), all I could do was blush and try to keep my eyes on the floor. Everyone else in the room stared at him in disbelief…with a few chuckles to boot. But everyone seemed to have a good sense of humor and it was quickly forgotten as we moved on. I, however, continue to this day to tease him about his imaginative choice of signs.

So, as you can see, sign language is useful, but you’d better beware—there’s always someone watching. Suffice it to say that Kenny’s signing has dramatically improved and he’s very good now. Me? I used sign language to open my own business and to possibly become a Certified Deaf Interpreter.

Will signing make your life easier? Perhaps. Especially if you have friends and family willing to learn, too. Will it solve all of your problems? Nothing can do that. But if you do decide to go the signing route, just be careful to mind your P’s and, uh, bodily functions.