INACCESSIBLE LIVE THEATRE -- EVEN WITH AN INTERPRETER! 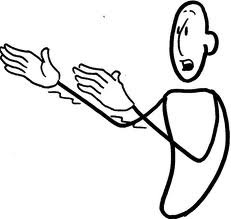 Many of you know that, in the past I did professional theatre. Moving to Grand Rapids, MI, and losing all of my residual hearing has changed that, however, as the opportunities simply aren’t there. But that hasn’t stopped my love for watching live theatre—both musicals (which were my specialty) and straight plays.

So, when I saw that a theatre close-by was showing a world premier of the production, “Sleepy Hollow—A Musical Tale,” AND I found out it was going to be interpreted, I quickly bought out five seats in the interpreter’s section and announced to my husband and children that we were in for a treat!

Our tickets arrived in the mail a couple of days later (the theatre was close, but still not close enough to drive just to pick up tickets). I was so hyped!! I was ready to enjoy an afternoon of live theatre and be included as well. We’d seen “The Miracle Worker” a few months prior, but it wasn’t interpreted. Although I did know the story and could follow the story line, I admit it was a bit boring to sit there and watch people talk to each other in silence. I got enough of that hanging out with hearing people, anyway.

The afternoon of the play, we arrived a little early. We’d never been to this theatre and didn’t know just how large it would be…or if it would be difficult to find our seats. There was no need to worry, however, as the theatre was relatively small and finding the spot at the front of the stage, where two people stood all in black, didn’t take a rocket scientist.

When we got to our row and found our seats, I was a little surprised to find that we got the very first five seats. I’m not sure why I was surprised though. It’s not like there’s usually a large crowd of deaf and hard of hearing theatre patrons at the shows. But seeing as this was the only interpreted performance, I guess I thought we wouldn’t have been first. Usually, that would be a good thing. This time? Not so much.

I was seated at the very far left of the stage. My 10-year-old daughter desperately wanted to sit next to me during the performance. So, the two of us are waaaay over on the side and the two interpreters were right smack dab in front of us. Not like in central view. Oh, no. They were practically standing in our laps. Not only was it very difficult to watch them sign so close up, but my daughter (nor I) could see nothing but them. We couldn’t see the stage at all. I felt so sorry for her and tried to get her to trade places with my husband, but she didn’t want to, and, quite honestly, neither did my husband. I didn’t blame him.

After the first act, we had a short intermission. One of the interpreters asked if we could see OK. When I explained that I couldn’t see a thing but big, black shirts and waving hands, she suggested we move up a row (which was empty) and sit in the middle, in front of the stage. This would put us in the very front row. I didn’t want to, but my daughter did (and she didn’t want to do it alone), so, like a good mother, I obliged.

The second half of the show was worse than the first! Oh, the performance and singing and show itself were quite amusing and entertaining (so, I was told), but I had to rely on secondhand comments for that information.

As we sat in the front row, I had to turn my head completely to the side to see the interpreters, leaving it impossible to watch both them and the show at the same time. And, as if the theatre were taunting us and trying to get back at us for suggesting they’d done a poor job of seating, the end of the show involved a huge smoke sequence, where tons of smoke was pumped out into the audience. And, being in the center of the very first row, all I can say is I couldn’t breathe for a good minute and a half. My face turned as blue as my shirt and I think my eyeballs began to protrude from their sockets. It wasn’t pretty, or enjoyable. And I didn’t know why the smoke was coming, because I couldn’t see the interpreters to explain what was happening in the show!

But I survived. I survived it all. The interpreters. The show itself. The seating. The smoke. The complaints from everyone in the family about the bad seats. I survived it. But would I do it again? I’m not so sure.

It seems to me that it would be much easier on everyone if theatres were built with the intention on accommodating everyone. Of course, that’s not always going to happen. Not to mention that I’m quite certain this theatre was built long before the ADA came around.

Next month, there’s an interpreted production of, “Annie.” A musical I adored as a child and adore even to this day. However, it’s at that same theatre. I know what I would be getting myself into. Seems the balcony’s first row seats would be much better to watch the interpreters, but I don’t think that’s how it works. Do I brave the weather and attend a musical I know will be less than enjoyable for me because of the seating? Or do I stay home and rent the movie, pointing out the differences between that and the actual play? Oh, I guess it’s a moot question. With Christmas coming and being poor anyway, it’s not like we can even afford the seating. But the question still remains…. What can we do to provide appropriate and comfortable seating and accommodations for the deaf and hard of hearing live theatre patrons?
Posted by Michele at 2:07 PM