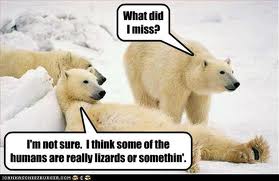 When a person is born without or loses one of his five senses, the focus by many is on the loss and how, after the fact, that poor person misses or loses so much. Whether it be losing your sense of taste and not being able to enjoy chocolate anymore (yum), losing your sense of touch and not being able to decipher if something is too hot to hold at the moment (ouch), or having gas and not being aware that the people laying on the floor around you are, indeed, laying there because of you. Any way you look at it, it’s a loss to those who have all five senses working full-strength.
However, it goes without saying that losing your sight and losing your hearing may cause the most reaction from that person and those around him. The long-lived question of, “Which would you rather lose…your hearing or your sight,” almost always renders people feeling that losing your sight is the biggest problem. And I agree it would be traumatic, but so would be losing your hearing after you’ve spent decades enjoying music, having casual conversations, and such. Both would be traumatic. And, face it, there are very few people with both of these senses who wouldn’t really care if they lost one.
People think that, because I lost my hearing after I learned to speak, I am missing so much out of life. And I agree that it takes some working on to not go totally bananas. Before deafness I was a professional and amateur actress doing musical theatre. Not exactly something I can pursue anymore – especially living in the mid-west, in a spot where there aren’t many theatres around.
Movies aren’t as wonderful of an experience, but, now being deaf for a long time, I enjoy captioned movies just as much as I remember enjoying movies when I could hear. Finding theatres that offer captions for first-run movies is a bummer though, so I admit it grates on my nerves.
Plays and musicals are definitely not as exciting as I knew them to be. Watching an interpreter (when there’s one provided) and watching the action on the stage at the same time can be difficult (though there are theatres that directly address this situation by having the signers actually on the stage acting with the hearing actors). I miss theatre. I do. I also miss being able to sing (well). I used to have a great voice. I can say that now, because I no longer can control my voice and when I sing, dying dolphins would sound lovelier. I’ve told my kids over and over how well I used to sing, but, after hearing me as they’ve known me, I think they need more proof. I will say, though, that I took one of my kids to see an UNinterpreted production of “To Kill A Mockingbird,” last year and believe I enjoyed it every bit as much as my daughter did.
Then there’s small talk. Something I can no longer participate in with hearing people…at least not casually. I never liked small talk before, but have found that it does feel a LOT more isolating when you can’t joke around with people as easily. I still have a lot of sarcasm in my conversations, but many people don’t realize I’m just being a silly smart-mouth and just think I’m basically a witch.
But last night changed things for me. Made me see something more about my life.
One of my kids was going to be playing two different instruments in the school band concert. Because there’s no choir at this school (GASP!), it was a totally musical night—not something that really interests me anymore. And, no, if you’re wondering: feeling the musical vibrations in my butt does NOT excite me. After knowing and then losing music, vibrations and lights just don’t compare to what I know those hearies were hearing.
Anyway, she was supposed to play the xylophone in one song. The first time for her. I wasn’t thinking much of it. I mean, it’s the xylophone. I remember playing “Mary Had A Little Lamb” on that thing as a kid. Ooooo. (That was a sarcastic ooooo, if you missed it).
But when it came time for her to do the song with the rest of the band, I was flabbergasted! Amazed! Tickled pink! Stunned! I don’t know much about the song, but she was the star. She was banging on the instruments, going back and forth between two of them. Her sticks were flying and all eyes were on her. This was no, “Mary.” This was like Flight-of-the-Bumblebees-fast. And she ROCKED IT. I didn’t need to hear to know that.
After the concert, people she or we didn’t even know were running up to her and saying how COOL she was and I just stood there and glowed. That’s my daughter, I would’ve said if anyone had actually talked to me. She was good. I got to see it. And, even with the absence of sound I knew, I had witnessed something truly great. Do I feel like I missed out, because I’m Deaf? Not. One. Bit.
Yes, losing a sense is very traumatic if compared to never having the sense from the start. I guess I’ve been deaf looooong enough to be OK with it, though I know many who aren’t. One of these days everything is going to be accessible to people with a variety of  situations—including deaf people. I don’t know if I’ll still be alive when that finally happens, but I do know that I’m not going to sit around and be sad about it and waste my life concentrating on what’s been “taken” from me. I mean, really! If I were doing that, I would have missed my rock-star-daughter’s solo. And that would have been a travesty.
Posted by Michele at 1:26 PM