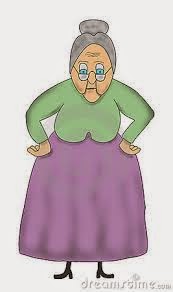 Every culture has their own ideas of etiquette. For example, in America, it's polite to shake someone's hand when you meet them. In Japan, people greet each other by bowing. The same idea holds true for the Deaf Culture. We have various traditions and ways of minding our manners.

Today, I'd like to discuss what to do when you see two people or a group of people signing. Or rather, what not to do. Don't burst into the crowd and start asking questions. You would think that would be a no-brainer. At least you would think that.

A couple of weeks ago, Kenny and I were signing at a neighborhood Speedway (gas station). We're deep in conversation when a robust older woman starts punching at Kenny's shoulder--actually causing him pain. When Kenny chose to hold up a finger to the woman (no, not the middle finger) and continue on with our dialogue, the woman actually swung Kenny around and grabbed his hands to get him to stop.

"Are you using that, um, hand language?" she asked ignorantly.

"My wife and I are using American Sign Language to talk, yes." Kenny has so much more patience than I do.

The old lady then asked, "Why?!?" and said it as if what we were doing was incredulous.

"My wife is deaf. It's how we communicate."

"Why would you marry a deaf person? You're not deaf...are you?" Kenny's patience was wearing thin and I was getting pissed.

"Ma'am, did you need something? My wife and I are trying to have a conversation."

That's when she started grotesquely waving her hands about and laughing. Before she left, she mumbled to herself, "What a waste of time."

We don't encounter situations that often that are so blatantly rude, but it happens. And just to make it clear, do NOT do what that old lady did. If you do, you're risking being smacked silly by several people.

All this frustration, rudeness, and ignorance when all she should have done was wait for a break in the conversation and lightly touch Kenny's (or my) shoulder. However, in this scenario, I don't think it would have turned out much differently. Some people simply haven't got a clue.
Posted by Michele at 10:01 AM