Coincidences are Underrated--that's for sure! 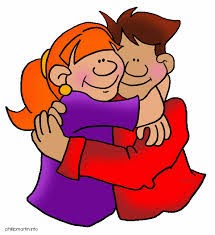 Who says coincidences are overrated? I must strongly disagree. I know I’ve been shocked by things often, but there’s one time that comes to mind that shows that life can throw unexpected joys at you when you least expect it.

I had just become totally deaf in both ears and I felt very alone. Not having found my identity yet in the deaf community, I called the contact person for the Association of Late Deafened Adults and asked about information. They didn’t really have anything for me. I wasn’t interested in lipreading (I am totally deaf—not just profoundly deaf—and a bad guesser from the start) and they didn’t really focus on Sign Language, which I chose as my main method of communication. But, although I found the organization more for older people who lose their hearing through age, they did ask if I wanted the contact information of someone in my area who was also “late deafened.”

I was shocked! I lived in town where the population was 200 and that included all the cows and dogs. But there was someone else experiencing what I was experiencing in my area? Wow! So, of course I took the information and then I TTYed them right up. (This was a long time ago—long before video relays and such).

When I finally was able to talk with Bob, I liked him right away. He had a great sense of humor and, like mine, tended to be sarcastic to the hilt. Kenny (my husband) and I met with him and his wife that very week. For a few months, we got to know each other well and it was so nice to have someone whom I could confide in.

Then one evening, it happened. Kenny had gone off to use the restroom and I was showing them my photo album. I had been into scrapbooking for some time and was showing off a little.

Huge laughs and total astonishment, we quickly figured out that that meant we were second cousins! In fact, he said he had even met my parents at a family reunion a few years prior! How amazing! We hugged and explained it all very excitedly when Kenny came back in the room. We were family! How wonderful! Two people who had never met, hadn’t known anything about each other’s existence were actually cousins! And both deaf at that!

So don’t tell me coincidences are overrated. I strongly disagree. Coincidences can be life-changing just like the one I had. Our family had grown. We were related and instant fans of each other.

Bob died of a heart attack a couple of years ago. We were close, but circumstances had lead us to not see each other as often as we would have liked. Don’t get me wrong. I miss him. I will always miss him. But I know that he and my grandmother are up there in heaven celebrating. I’m also certain they watched down on me as I went through finding my identity in the Deaf world. Thanks, Bob. I appreciate it.
Posted by Michele at 2:47 PM