Here are just a few TV Shows I found that use Deaf actors/participants and/or Deaf issues. If there's more (and I'm sure there are, tell me in a comment! I'd love to know!) 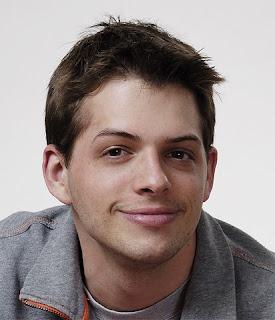 Luke Adams was a Deaf contestant on, “Amazing Race,” who was on a team with his mother, Margie O'Connell. He and his mother communicated mostly through American Sign Language and were said to have one of the best relationships of any team on the show. He was eliminated from the show and came back in another season as part of an All Stars season, but was also eliminated. 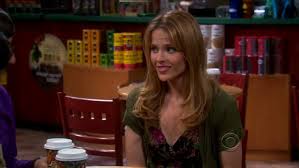 In this episode of Big Bang Theory, Katie Leclerc (also seen below playing on “Switched At Birth”) plays a love interest of Raj (Kunal Nayyar). Essentially, Leclerc as "Emily" is the perfect girlfriend for Raj because Raj has a problem speaking to women without being drunk. But with Emily, he doesn't have to worry about that and becomes much more confident. He becomes infuated with her, even giving her jewelry, leasing her a car, and paying off her credit cards so that she would stay with him. However, Raj's friends, led by Howard, who somehow knows sign language, are led to believe that Emily is a gold digger and is just using Raj for his money. When they confront her about it, she becomes angry and tells Raj about it. The friends then tell Raj's parents, who then threaten to cut him off if he doesn't break up with her. He chooses Emily over the money, but when Emily finds out he no longer has access to his family's wealth, she breaks up with him.

Kurt Ramborger was a Deaf contestant on the cooking competition show, “Chopped.” Ramborger is a chef from Austin, Texas and gives an opportunity to teach the judges and his fellow competitors that a Deaf person can still compete on the show. He used an interpreter, but struggled in the show because he ran out of time because he couldn't hear the judges yelling that the clock was running down and didn't see his interpreter because he was focused on the food. Nevertheless, it was a great opportunity for him in that he made it past the first round. 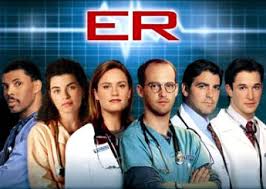 In this episode of ER, Marlee Matlin portrays a sign language instructor who is trying to teach one of the doctors sign language after the doctor found out that his son was deaf. The doctor had previously looked into getting his son a cochlear implant, but decided against it. 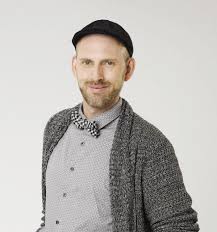 Justin LeBlanc is a Deaf competitor on Project Runway. He introduces himself as Deaf and that he uses a cochlear implant, but is still very limited in hearing. As a result, he uses an interpreter on the show to understand the judges and other contestants when they speak. He uses his experience on the show to express to the other contestants and judges how deafness can be very unique and how he is not just "an inspirational figure" as many people see deaf people. He even made an outfit that resembles the ASL sign for "I love you". 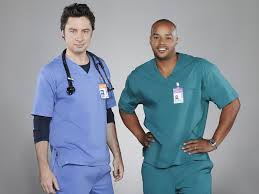 This episode of “Scrubs,” a popular hospital comedy show, features a deaf child who is brought into the hospital for an illness. His dad is also deaf, and they do not speak and cannot hear. Strangely, the Janitor knows sign language (although it is not clear how he knows it), and can act as an interpreter between the doctors and the father and son. The hearing doctors, J.D. and Chris Turk (the main characters) find out about cochlear implants and suggest that the father get his son a cochlear implant. The father strongly refuses, and J.D. and Turk are left mesmerized as to why this father wouldn't want to help his son hear, even going so far as to say that the father is being abusive towards his son. The doctors go around the father to get permission to do the cochlear implant surgery on the son, but what they don't realize is that the father fears that if his son got a cochlear implant, he would lose his relationship with his son, since being deaf was how they most connected. This shows a real debate in the deaf community, where cochlear implants are presented as a perfect, life changing option, but deaf people oppose it because they fear that they will lose their relationships with their loved ones and lose their culture, much like forcing a foreign immigrant to learn English and abandon their homeland's culture, language, and traditions. Very frustrating! 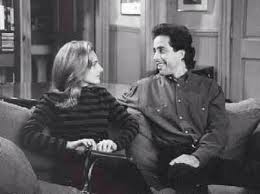 Marlee Matlin appears as a deaf woman who Jerry Seinfeld dates. The group of friends suddenly begin using Matlin to read lips of other people around them. Elaine also pretends to use deafness in the episode, pretending not to hear a cab driver, but reacting to a message over the radio and subsequently offending the cab driver. 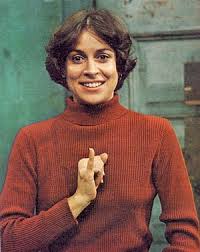 Linda Bove was one of the first Deaf characters to appear on TV. In Sesame Street, she appears as Linda the Librarian, who teaches children about sign language and the deaf community. She also taught them that being deaf was not a bad or shameful thing. 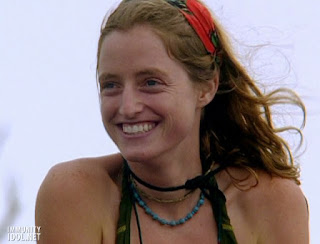 Christy Smith was the first Deaf contestant on the show "Survivor". She competed in order to raise awareness of Deafness and Deaf culture, but unfortunately her competitors took advantage of her deafness by whispering to each other, knowing that she couldn't hear them. Unable to form an alliance, she was voted out, but was able to remain on the jury as a voter for the remainder of the show. 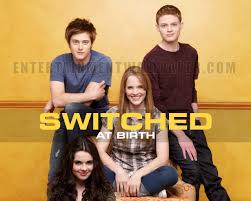 “Switched at Birth” is a popular television drama that airs on ABC Family. The show focuses on two teenagers who were switched at birth and how their families ended up reuniting. However, one of the main characters (Katie Leclerc) is deaf and goes to a school for the deaf called "Carlton". Marlee Matlin also makes an appearance on the show as the mother of Sean Berdy, who plays another character, as well as the guidance counselor for Deaf students at Carlton. The show does a great job of looking at the relationships between deaf and hearing people, and accurately depicts the challenges of hearing people having to learn how to sign and how to become used to communicating with deaf people, while the deaf characters frequently struggle with feeling like the hearing people are "invading" their space, especially at their school for the deaf. The most interesting episode that takes place is one in which the entire episode is done in ASL with no sounds. The show features quite a bit of ASL, which is usually subtitled for those who do not know how to sign. While the show can veer into typical "ABC Family Drama" at times, it really does do a great job of showing an accurate depiction of life for a deaf person in a hearing world, and vice versa. 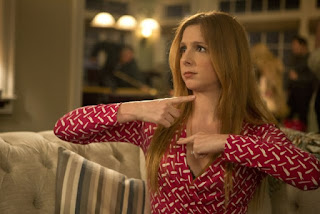 In “Weeds”, Shoshannah Stern plays Megan, the high school girlfriend of one of the sons, Silas (played by Hunter Parrish), of the main character, Nancy Botwin (Mary-Louise Parker). Throughout the show, Stern teaches him about sign language, deaf culture, and communication. 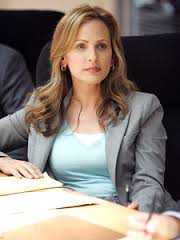 Marlee Matlin plays "Joey Lucas", a pollster who is not a main character, but does appear in all seven seasons of the show. She is deaf and is usually accompanied by an interpreter on the show. Lucas also had a love interest with one of the other characters on the show, White House Chief of Staff Josh Lyman.
Posted by Michele at 4:05 PM