HOW AM I SUPPOSED TO KNOW??? 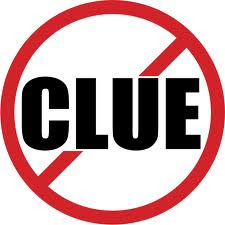 After suffering through a trip with me to the hunting store to shop for Kenny’s birthday, I decided to treat my kids to a healthy lunch at Checker’s, a fast food joint. I was exhausted from the shopping trip (trying to figure out what kind of copper arrow is best through my daughter’s…uh…”creative” interpreting, really took the energy out of me), so I decided I would give the drive-thru a shot. My teenaged daughter said she would interpret what they said over the loud speaker and I would answer with my voice. Sounded good to m

“I’d like three cheeseburger meals, please,” I hollered into the speaker after Mollie gave me the go ahead. Blah, blah, blah…Mollie said she couldn’t understand what they were saying. So, I tried it again: “Three cheeseburger meals, please!” Again, Mollie couldn’t tell what the person inside was saying. I became frustrated and yelled, “I’m Deaf! I’m just gonna drive on up to the window!”

When I arrived at the window, the girl opened it and began to speak. I repeated my order for the third time. The girl’s eyes got huge and she looked extraordinarily startled, but I handed her my money, and she closed the window and went back inside.

I looked over to the passenger’s seat and Mollie sat there with huge eyes as well. “What? Why are you guys looking at me that way?”

“Mom, you just screamed your order into that girl’s face like you were talking to the speaker earlier.” Apparently, she wasn’t expecting to be yelled at when I drove up. Poor girl will have that moment of meeting this Deafie burnt into her mind for life.

But how was I supposed to know??? This is just another reason why I don’t like to use my voice – especially in public.

Last week, my family took a trip to the mall to see about clothing sizes. As my children were looking at clothes, I turned to my husband and said something. I had my hands full at the time, so he had no signs to go by.

“I can’t hear a word you’re saying. It’s really loud in the mall.” So, I increased my volume and he said it was perfect. Two minutes later, I said something else in the same “perfect” volume. Everyone within a 30-foot radius stopped and turned to look at me. Wide eyed, I smiled at them, and then turned to give Kenny a questioning expression.

His response: “Well…it wasn’t loud in the mall then.”

How was I supposed to know???

I do have a system to control my volume when I decide to use my voice. I ask the person I’m with to simply give me a pre-decided-on gesture when I’m too loud or too soft. It works well for the moment, but, when you’re out in public, the noise kind of varies, ya know?

And that’s just the volume.

Then there’s the fact that, every time I speak, people think I’m upset with them. Because of my pitch and my breathing (I’m guessing), I sound like I’m in a state of perpetual ticked-offness.  But how am I supposed to know???

And then, of course, there’s pronunciation in general. I’m a writer. Do you have any idea how long I’ve been pronouncing “genre” as gen-er? Yesterday, my son tried to explain that it’s pronounced John-ray. Now, how in the world am I supposed to know that? Just like “pilates.” I’ve always thought it was pronounced pilots. When my hubby corrected me, I thought he was pulling my leg. Trying to get me to say words wrong just for kicks.