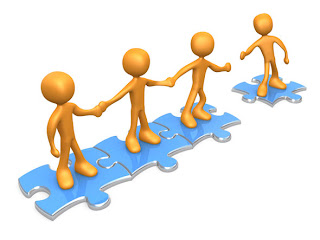 (WARNING: Angry Deaf Woman Venting Ahead!!!)
The church my family joined when we moved to Michigan had a sign language interpreter available for the services. It was nice, but I was the only Deaf member. A couple of years later, the interpreter moved, leaving me without an ability to participate in services or activities within the church. Still, my family liked the church, and so we stayed. Well, I should say, they continued to attend services, while I stayed at home alone. After a while, my husband’s work schedule changed and he had to work Sunday mornings. So, he called another member of the church, and asked if they could pick the kids up on their way there. It worked out OK, but I started feeling like a hypocrite…telling them they need to attend church and learn about Jesus, while I sat at home and picked my nose. (I didn’t actually pick my nose…often…I was just using that as an example.)

So, earlier this year, I decided to embark on a journey of finding a church with a good-sized Deaf ministry, that also had a great youth department and was, of course, Baptist. It actually wasn’t as difficult as I’d expected. I found one fairly quickly. It was perfect for the kids: Awesome activities, fun ways of teaching and including them, and lots of opportunities to join in with the crowd and make friends. It had the second largest Deaf ministry in Grand Rapids as well. Cool beans!!

I knew several people in the Deaf ministry (other Deafies, not the interpreters), so that helped make me more comfortable as well. Although people do not believe me, I’m rather shy and going to new places scares me. What if they don’t like me? What if I’m not accepted? This church gave me a glimmer of hope that I would be very much accepted and included.

So…I decided to take the plunge and join the church. I had attended several services: Sunday morning and evening and a Wednesday night Bible Study. For the Sunday morning service, it was a pretty usual set up. The hearing congregation sat in the general area and there was a section set-aside for the Deaf and Hard of Hearing to follow an interpreter. That was great! Most of the interpreters were pretty good, too, which can be rare in a church setting.

The Sunday night and Wednesday night gatherings were good, too. Although the Deaf and Hard of Hearing had their own class. They’re not in with the “general” population. That seems good, unless you’re a mixed couple (my hubby is hearing) and want to attend something together. Sure, he could attend the Deaf Ministry, but it’s not as face-paced as the Hearing studies. So, he went to his and I went to mine. Really not a big deal and, to be honest, I kind of liked the small break from him. Just kidding. Sort of.

But I started noticing something. When I was out in the hall alone, with a hundred other members, no one would approach me, much less try to communicate with me. And when I was with my hearing husband or children in the same situation, people would approach the hearing family members and speak to them. I stood there like a tree stump and smiled (fakely) as if I was just simply honored by their presence. They wouldn’t even look me in the eyes. Scared that, if they did, I might try to communicate with them. And then they’d have to communicate back. Heaven forbid! (Considering it IS church, I suppose if Heaven forbade, it would be a legitimate excuse. But I haven’t found anywhere in the Bible where it states to love your neighbor unless they communicate differently than you.)

When they would approach to speak to my husband, I was OK with it. A little insulted that they wouldn’t even look at me though. But when they approached and had lengthy, laughing conversations with my children and completely ignored me, THAT caused a problem. I will NOT be made to feel inferior to my kids. I will not be ignored while hearing people address the ten-year-old, instead of the Deaf mother standing RIGHT THERE!

That really started to get me miffed. But I was in church. “Though shalt not get miffed in church.” I think I’ve seen it written somewhere. So, I smiled and acted like I was just happy they would share my general space and breathing air with me. How flattering. How daring for them! (Can you sense my sarcasm, here??)

Then, this morning, my 13-year-old daughter, Mollie, and I went forward to join the church at the end of the morning service. My husband was working, so he wasn’t around. I’d seen a joining by another person before and knew what to expect:

We would go forward (an interpreter knew and was to come with me), fill out a paper, give it to the pastor, the pastor would announce us (he’d already spoken to my husband, so he knew the deal), and then the congregation would come forward, form a line, and shake our hands to welcome us. Cool. I’d joined a church before. I knew how it went. However, I’d never joined a church without my hearing husband with me. And that seemed to make all the difference in the world.

We went forward, filled out the paper, gave it to the pastor and stood there as he announced us and our joining to the congregation. Of course, he also mentioned that I was Deaf. That’s OK. I am. He then said the usual about coming and welcoming us as the new members of the church and then he ended the service.

This is where everyone gets up, gets into a line, and welcomes us……right??? Nope. Three member of the Deaf ministry came up and shook my hand, two very elderly hearing individuals came up and said, “Welcome”…everyone else shot out of there as quickly as they could get the doors open. Why? No, they didn’t have an emergency or a pot luck to attend (which could be considered an emergency to a bunch of hungry Baptists). They left, because I’m Deaf. They’re Hearing. No need to welcome me. Let the Deaf Ministry do it. And that leaves me with the anger I’m feeling today.

It seems in this world, that people think people who are alike congregate together. In this case, Hearing people hang out with Hearing people, because obviously, Deaf people have their Deaf friends to hang out with. What year is this, people?? I felt like a Black person back in the old South. You hang out with your kind, ma’am. And I’m sick and tired of it!

It happens everywhere I go. People assume that, because I’m Deaf, I’m unapproachable. Don’t worry about her, she’s Deaf. Is she wants a friend, she’ll find another Deaf person to be her friend. OR they think, Well, I don’t know sign language, so I guess I can’t try to chat with them. They’re different, you see. Bullspit!

Just because I cannot hear a person does NOT mean I should be shunned by anyone who cannot sign! I am not an inferior person because I have a communication difference from a Hearing person. I am just as much a person who needs friends and compassion and to feel included at church as anyone else! And I’m tired of being set apart. Tired, I say!!!!

What doesn’t help (on my end) is that I haven’t always been totally deaf. Growing up, I usually didn’t even have to mention my hearing loss, because I could work around it. So, as a “hearing” person, I know how if feels to be treated like another hearing person. You’re treated like a….GASP…human being. A person on the same level. Not an inferior form of the human race. Which is how Deaf people are mostly treated like. And it is really pissing me off!!!

Look, I’m not asking for special treatment. If ANYTHING, I’m asking for the opposite. I want to be treated like everyone else. Stop being so scared of me! What is the deal with that, anyway? Why are most people so freaking scared of Deaf people? The only thing I can figure that might help us be treated better is to make ourselves less scary. Perhaps we should all buy some files and file down our fangs. Would THAT make you look at us any differently?