TO GO OR NOT TO GO --Does Inaccessibility Automatically Rule You Out? 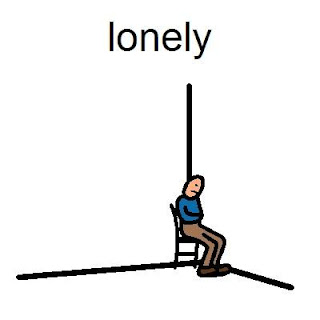 Well, the holidays are almost over. No doubt you’ve had some interesting experiences along the way. I know I have!
We traveled from Michigan to southern Illinois over Christmas, to visit my and my hubby’s families. Being the only deaf member of both families, I knew that there would be struggles at times. Because I don’t live close by and they don’t see me very often, their signing is a little lacking (and, in many cases, non-existent), but they sure did try. For that, I was most appreciative.
I guess, since I don’t see them but every year-and-a-half or so, some of them aren’t skilled or knowledgeable in the art of inclusion as well. Sitting there, watching everyone open their presents and chatting away, was most isolative. However, it was nice just to see everyone and I tried my best not to complain.
On Christmas Eve, my mother came to me and asked if I would be willing to take my kids to see a specific movie, so my parents could have some alone time, since it was their wedding anniversary. She was going to give me the money and find out when the showing was.
”Will it be captioned,” I asked, assuming she looked into it.
“Oh,” Mom looked a little confused, as if to say, “I didn’t even think about that.”
And so I was faced with a moral dilemma. Should I take her up on the offer so she and Dad could have some alone time? Or should I politely turn down the offer and save myself from two hours of boredom? I guess there was another option…to take the kids somewhere else and they could still have their alone time without me being bored to death, but I didn’t think about that at the time.
I politely agreed to the plan and figured I might get in a good nap in the theatre. Thankfully, the weather became bad and my mother asked us not to go. But therein lies the question….
Should a Deaf or Hard of Hearing person be polite and accept an invitation somewhere they know will be inaccessible (such as a movie, wedding, or party) or is it all right to nicely refuse the offer and spare themselves a night of boredom, awkwardness, and confusion?
I think there are times when you just have to grin and bear it. If your best friend or sibling is getting married, I think there are times when you should accept and make an appearance. You don’t have to stay the entire time.  However, that leaves the question of why they didn’t think to provide an interpreter for you. Why would someone so close exclude you?
Then there are other times when you should be thinking about yourself and your stress level and such.  If you think you’ll be overwhelmed, or that the event will make you feel uncomfortable, don’t go. You could tell them you have other plans or that you’re not feeling well. But you could also go the other way and explain why you’re not interested in attending. It’s explanations and instruction like this that will help people (especially people close to you) understand the communication gap. Perhaps they need you to teach them ways to include you and make events accessible. Often, it’s just asking for what you need, but, unfortunately, there will be times when it won’t matter to the other person. This is the disappointment we should be prepared to deal with.
So, now I ask you, Readers, what you think…
Should we refuse or accept an invitation to an accessible event and how exactly would you handle it?
Posted by Michele at 12:14 PM