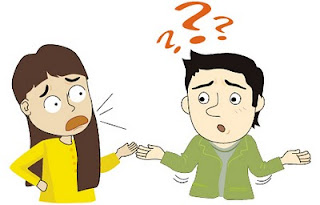 One of the most commonly asked questions from students who just started learning about Deaf culture is, “Why is the word ‘deaf’ sometimes spelled with a capital ‘D’ and sometimes with a lowercase? Which is it?” Good question! Especially for people like me who put correct grammar and writing skills on a pedestal.
The concept is pretty simple. The lowercase “d” is used when speaking about a person’s audiological ability to hear. For example, “That woman is deaf in one ear.” It has nothing to do with culture and ways of thinking. It’s simply a way to describe a person’s severe to profound hearing loss.
But then in walks Deaf with a capital “D.” What does that mean? Well, just because a person is deaf (audiologically speaking), does not automatically make her Deaf (culturally speaking). A capital “D” is used to indicate that a person is part of the Deaf community and has grown up in that culture. It tells people that you’re fine with and happy to be audiologically deaf and you are also involved in the Deaf Community.
Here’s a few scenarios…
John was born deaf to Deaf parents. He was raised in their culture, with their language, and is comfortable and proud to be Deaf.  John is Deaf with a capital D.
Melissa was born hearing, but, at the age of two, was stricken with meningitis, which deafened her. She had not yet started talking. Her parents were hearing, but educated themselves on how to work with a baby who cannot hear. They learned sign language, albeit English word order, and put Melissa in a mainstream classroom with other deaf and hard of hearing individuals. Melissa then grew up to be proud of her origin and is considered Deaf.
Larry was born hearing and didn’t have any problems until he turned forty-five. At that time, he was in a car accident and lost all of his hearing. He uses lipreading and speech to communicate and is isolated from the Deaf World because he feels he doesn’t belong there. Larry is deaf (lowercase), but not Deaf.
Lastly, look at Susie. She is hearing, but both of her parents are Deaf. She was raised in both the Deaf culture at home and the Hearing culture at school. However, her heart is truly in the Deaf World. Susie, although not audiologically deaf, is considered Deaf with a capital D. She is able to sign fluently and is involved with the Deaf community all the time.  She is a CODA (Child of Deaf Adults) and is culturally Deaf.
Understand?
Many people are audiologically deaf, but do not participate in the Deaf community. This happens often with Late Deafened Adults. Perhaps they don’t feel they have anything in common with those who grew up deaf, or maybe they’re uncomfortable with the notion and don’t want to accept it. Most LDAs don’t learn sign language and don’t acknowledge openly that they can’t understand you. Either way, they are audiologically deaf, but not Deaf cultured.
So, as you can see, big D, little d is not as confusing as some make it out to be.
One last thing: It is important to note that being deaf is not enough to be considered Deaf. Most who are culturally Deaf attended schools for the deaf, use ASL as their first language, and enjoy getting involved in the events.
So, which are you?
Posted by Michele at 1:53 PM