ONE DEAF WOMAN'S EXPERIENCE IN A SEEMINGLY HOPELESS SITUATION 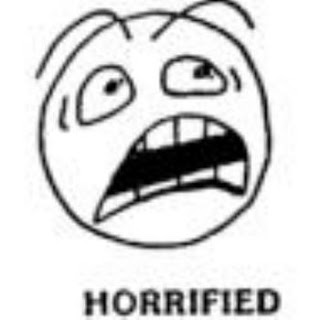 Being the wife of an airport/government employee, you would think that flying wouldn’t make me nervous. Ha! You’d be wrong. However, since we have very little money, we haven’t gone anywhere by air in the past few years, anyway. However, driving? Now, that’s a different issue altogether.
There was a time, not too long ago, when driving anywhere alone was quite risky for me. We didn’t have great cars, so there was always a chance that the car could fall ill and break down. In fact, I remember very well the time I changed this assumption to the truth.
About ten years ago, we didn’t have a “phone” for me to carry. I just had to say a prayer and hope. Sometimes the hope kind of leaves things adrift.
So, there I was, driving on the highway and passing East St. Louis, IL. If you know the place, you also know that it’s been rated one of the most dangerous cities -- at least in America. Bad place. Bad. We’re talking machetes and tuberculosis. OK. Maybe not TB. I’m trying to set a mood here!
This particular night, as I drove past, I hit a bump and one of my back wheels exploded. What do I do?? I thought to myself. I don’t know how to change a tire, no one is stopping to help me, I’m right outside of East St. Louis, it’s about 9 PM, so it’s really dark, I have nothing with me to contact anyone, and Kenny just happens to be at a very small church that doesn’t answer their phone when there’s a service going on. Oy vey!
I didn’t have much of a choice, so I decided I would walk into East St. Louis and try to find a phone. Problem: I can’t use a normal phone! So I would need to walk up the highway exit ramp, try to stay in the light (street lights didn’t work in most places), find a pay phone, and then ask someone who happens by to make the call for me. No problemo. Ya think? Not to mention that I couldn’t call Kenny, so I would need to call my parents collect and then try to explain where I was and then walk back to the car.
Aha! All I knew is that I was either gonna die in my car or die on the street (or at a gas station). Basically put: Death was impending in this situation. But, given those two choices, I had to go with the death in the hood. That would let people know that we deafies have some chutzpa and that I’m a tough broad. I liked it. I’ve always wanted to be mysterious.
I was terrified, but I had no real options, so I left my comfortable, but ill car in search of humans who would flap their lips as well as I flapped my hands. I truly was not prepared for this, but that seemed OK, as it turned out that some man pulled over to the side of the highway as I was walking to my impending doom. He asked me a few things, but I just yelled, “I’m Deaf. Can you take me to a phone?” That in itself was pretty darn scary. I didn’t know this guy, but I was at fate’s mercy by this time.
(Hey! Now that I think of it, it doesn’t make sense. This looked like a well-off man. Why didn’t he have a cell phone? Hmmm…)
I got in the car and he started saying something about me walking into East St. Louis, especially at night, was NOT something he recommended. I was so relieved that he helped though! So, it turns out there IS life on this planet (inserted line from “What Women Want,” in case you don’t know).
He drove me to a phone and called my mother for me. He said something and then wrote (yes, I did have my handy dandy notebook), “Your mother wants to talk to you.” He, of course, had to interpret. When I got on the phone though, my mom was freaking out. “How are you?” “Are you safe?” “This man could rape you and kill you!” Gee, thanks Mom. That’s one thing to look forward to. My saving grace got back on the phone and told her we were on Hwy 70. Then he took me back to my car. I was lucky in so many ways!
I waited for my dad to come to get me, but it took over an hour and they only lived within a 10 to 15 minute drive. I was starting to get worried when my dad showed up. Apparently, the man said I was on 70, when I was actually on 270. Dad got tired of driving up and down 70, trying to see if he’d missed me, and then finally told himself to just drive down 270 and see. Sure enough! Victory!!!! PAH!
The point is, now, anytime I’m on the road, I’m terrified to know if it’s going to break down. Although I now have a Sidekick and that helps immensely, it only does text messages. I would not know what to do or who to contact! My husband gets a ride to work with a friend, so he wouldn’t be able to drive and help me…but let’s leave this story on a positive note.
I mean, I could go on about getting lost and trying to find someone to read my notebook, where I wrote my questions and understand they need to write to me! But pshaw! I shall always persevere!
Me? I’m not scared of flying, it’s the falling from the sky, crashing and bleeding that gets me. But I’m a lot more comfortable knowing I can have a fairly worried free trip via air instead of traveling (alone) by car. At least one of my cars… 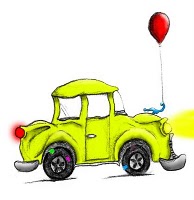