SMALL TALK -- IS IT REALLY WORTH THE EFFORT? 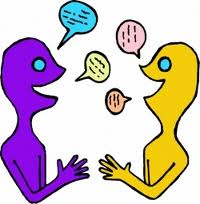 It happened (again) just a couple of days ago. I’d had my fill of things to deal with and I just wanted to be left alone. Unfortunately, that wasn’t possible. I had to go to my daughter’s school and help out with the popcorn. I mean, hey, it was “Popcorn Friday,” and they needed me. I only had to be there until all the popcorn sacks were filled and ready to be delivered to the various classes. So, I arrived and I knew where to go. I checked in with the secretary, Karen – she knows me. She waved, I waved, we parted.
Then I get to the popcorn machine. I looked at the list of volunteers that day and it said, “Stacey M” and me, so I decided to wait for Stacey, because I’d never done that before and I had no idea how to even start the popcorn machine…much less actually make the popcorn.
I hadn’t been at the machine more than three minutes before the PTO chairperson approached and told me…something. I ask how to work it and she mumbled with a few things. I explained I’m deaf; she mumbled even more. Not to mention that, while she gabbed, she’s also repositioned things and got things ready (I’m assuming). Then she looked up, smiled, and patted me on the back as she walked away.
What should I have done? I knew even less after she left than I did before she showed up in the first place. I played with a few doohickeys to see if any of them would create power and allow the machine to become THE POPCORN MASTER. Yeah, yeah, it’s supposed to be “MAKER,” but I like “MASTER” better. It makes me feel tall. Don’t ask.
The fact of the matter is I’d been standing there for a half hour with no idea what to do. Then, behold, Stacey M. showed up. She was babbling and smiling and, I’m guess apologizing for being late. She flips the switch and the MASTER comes to life. Hallelujah!
But as we stood there, filling up bags, Stacey starts to make small talk. Oy vey! Small talk is not my forte. I mean, I can’t hear a thing. They only reason I knew she was talking was because he lips were flapping and she kept giggling at something only she thought funny.
That’s one thing in my life I wish I had – the ability to make small talk with hearing people. If I can even get someone to talk/write for me. It happens very seldomly though.  Actually, it never happens. If someone doesn’t know I’m deaf and starts talking and I let them know, they usually walk away (in my opinion, because they felt uncomfortable or embarrassed by our different languages).
So, if you become deaf today, and you have no residual hearing, no lipreading abilities, etc., what do you do? Announce to the world you’re deaf and not to talk with you? OK. What happens if they do that…if they smile and nod and ignore you. Is that better? Or do you feel oppressed because they don’t want to try? It’s a catch 22 and I hate it!
To engage in conversation or not to engage in conversation (or attempt to engage in conversation). That is the question. (Was that really a question? Sounds like a fragmental statement to me). Truth is, with me, it depends on the circumstance. There have been many times where I simply shook my head and pointed to my ear to let others know I’m deaf. That usually sends them running and then there’s no need to put forth that effort. But there are many times where I will be bored or I’ll see someone I vaguely know and I’ll wish we could converse. Like I said, a catch 22.
What I do is I evaluate the situation. Where am I, with whom am I, why am I there with whomever (that’s a very strange word…whom), how long will I be there, stuff like that.
I think hearing people underestimate the power of small talk in this world. It’s a part of daily life for most people. But what about those who can only make small talk with a few people? Can I not go to the grocery store, stand in line, and make a sarcastic, yet, utterly witty comment? Most days I don’t want to anyway (I’ve never been good in face to face situations), but there are many days when I want to make fun of someone or show the person behind me the new tap dance move I’ve invented. Or perhaps even do the moonwalk down aisle 13 with the woman in the yellow shirt. But I don’t.
Small talk can be very tricky. Very irritating. And very liberating. I hate things like that. 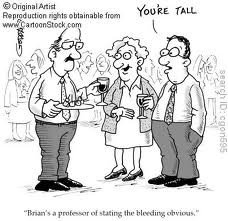