WORKING WITH 6TH GRADE—I TEACH THEM AND THEY FEED ME 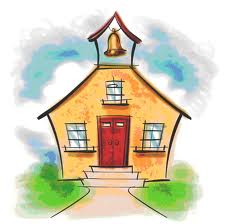 I like what I do. Teaching people about hearing loss and American Sign Language is a lot of fun for me. Usually I do this through three different avenues: American Sign Language and homeschooling classes, workshops of various kinds, and private or semi-private tutoring. Can’t say I prefer one above the other. The mere fact that there are people willing to pay to hear me speak amazes me to no end. Of course, I’m sure there are three times as many people out there who would pay me shut up, but I haven’t asked for them to contact me with their donation. Yet. The way our finances are, maybe that’s the avenue I should be pursuing. But to find people who’ll pay me to be quiet, I have to make a little noise first—and that’s what I did on Friday.

My youngest child’s in the 6th grade. Or at least she is for the next three days until school is out for the year. Last year, when my son was in the same 6th grade class, Kenny (who acts as my interpreter) and I went to his class to talk a little and I guess, since it’s the end of the school year and the teacher has probably run out of things to talk about, she was desperate enough to invite us back this year to talk as well.

We were scheduled to speak first thing in the morning—right after the school assembly. We went and we talked about everything from decibel levels to hearing loss to how to communicate with the deaf to what to and not to call us. When I was done, they didn’t really have a lot of questions for me. I tried showing them my cool “little ear” (actually, it’s a grotesque birth defect that I used to delight in grossing my classmates out with when I was in elementary school), but they didn’t seem too impressed. I let them try to get my attention by not throwing things in my general direction and they did come up with a few ways. So, class involvement wasn’t a total flop. But then it was time to show them a little ASL.

I showed them their ABCs and 1-2-3s and then we worked on some vocabulary and a couple of sentences. They all seemed to enjoy it. Well….not all. Some seemed rather bored throughout the whole thing. Others were only bored for parts (mainly the lecture part at the beginning). Others resorted in pelting me with the fruit snacks they brought from home for their lunch. But all in all, I’d say it was a success.

I gotta do stuff like that more often. I mainly work with teens and adults, so watching kids have fun with it was fun for me, too. I got to see some smiles. I got to watch smaller hands form the words I taught. And I got some fruit snacks to munch on on my way home.
Posted by Michele at 6:03 AM