DON'T DUMB DOWN MY CAPTIONING! 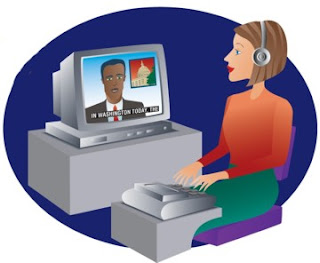 Last night, as I sat watching, “A Few Good Men” (only THE best court movie ever), I began to realize that I was being gypped. What I was reading on my closed captioning did not match the movement on the speaker’s face. It was almost as if I was viewing an old Japanese movie, where the voice-over ends and the lips keep flapping. I was upset. I felt betrayed. Why wasn’t I being given fully equal access to the dialogue as everyone else? And who was deciding what was important enough to transcribe and what could be left out?

I’m an intelligent person. An educated person. I deserve to be “in the know” as much as anyone else who chooses to watch a television program or view a DVD. I wanted to know who was deciding what I would and would not “hear” the speakers say? Upon finishing my research, I discovered there are a couple of reasons why the captioning and subtitles might not exactly match the script.


Now, granted, I do understand why people whose first language isn’t English might not be able to follow complex English sentences with a lot of ease. But who is this bigwig to decide what is “too complex” or how it would be “better understood”? Besides, reading the captioning while watching a show can actually help develop a person’s English skills. If someone decides to change a sentence to a structurally easier format (in their opinion), you’re not only robbing pretty much everyone of the actual scriptwriter’s words, but of the possibility to help a person appreciate the English language. Not to mention that you’re stereotyping and placing the whole
of deaf and hard of hearing society into one category. Phooey!


Admittedly, this is a good point. I understand that. Many a time I have struggled to follow captions that were flying by at an astronomically fast pace. I’ve even been known to yell at the television set, “Come on! Slow down already!” So, I do recognize that this places the burden of decision on the person doing the captioning or subtitles. Do they include it all, even though the clip is only four seconds long? Or do they paraphrase and leave out “unnecessary” extras, as is often the case?

In my opinion, I would much rather struggle to read the captions at full-speed than have the decision of which words and phrasing will be ignored made by some man or woman who hasn’t a clue who I am. What is this person basing their decisions on, anyway? Maybe that line, “I know what you mean, sir. I know what you mean,” could be phrased “I know what you mean,” and that be the end of it. And maybe they’re exactly right that the rest of that line is inconsequential to the storyline, but I don’t know this. All I know is that what I’ve just finished reading is obviously not exactly what they said, because they’re mouth is still moving. I don’t know what the left-out dialogue was. So, it doesn’t matter to me. I want to know what they said. Word for word. Tell me. If I have to struggle to read it all, I’ll deal with that. But it’s my decision.


Be it right or be it wrong; be it subtle or be it blatant; captionists should not mess with the script. Tell us what they’re saying and what noises are being heard. That’s why we have the captioning turned on in the first place. Acting the part of “God” and deciding what will and will not be relayed is not only disrespectful and condescending, but it’s annoying as all get out, too.
Posted by Michele at 12:44 PM