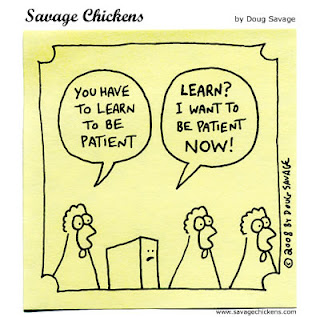 As an ASL teacher and as a deaf person in general, I’ve found that almost all of the people I encounter who are wanting to learn American Sign Language go into it with unrealistic expectations. They all expect to take a series of classes and then be able to venture out into the Deaf community and converse in sign with little or no effort. And this goes both ways, meaning they expect to be able to relay their messages in sign language and they expect to be able to comprehend all of the messages relayed to them in the signed response.

For a while I thought that the only reason for this was that people assumed that learning sign language would be easier than learning a new spoken language. Many think of sign as simply drawing pictures in the air. Sure, they’ll admit there’s some things you must know the formal sign for, but that should be easy to pick up, right? It’s a primitive language – ones cavemen used – and, therefore, should be self-explanatory and easier to pick up than, say, German.

A lot of people actually believe that. I think that’s because many people generally view ASL as mime or gesturing being the main point, so, I mean, how hard can it really be? It’s like this grand game of charades. When they then go in and decide they’re going to learn it “formally,” it’s hard for them to realize that they’ve had the wrong idea.

I had thought that the idea of thinking that learning a new language would be easy was only usually applied to learning sign language, but then I asked my husband. He said that it often applied to spoken languages as well. When he decided to learn Spanish so that he could readily interact with the people he encountered at the airport (where he works), he signed up for a community class—excited by the prospect of being able to chat with other Spanish-speaking people when the class was finished. He believed that he would have a basic grasp of the language by the end of the class. And when the class ended and he took what he learned with him to work, he was frustrated that he still struggled to interact with the Spanish-speaking community.

I think it’s human nature. People want to know what they want to know and they want to know it at that very moment. Whether it’s how to speak a language, how to play a sport, or how to work the new computer or television, people (generally speaking) don’t have a whole lot of patience. So, when they get the notion to learn a new language, they don’t expect it to be as difficult as it really is.

One common tendency is to take the new vocabulary words you’ve learned and put them in a sentence using the word order of the language you already know…such as the common method of signing American Sign Language signs in English word order. It’s one factor of language learning that truly is a challenge—learning new grammatical rules and sentence structure.

Another struggle is understanding that there is no one way of expressing something. In English when you want to say something, there are many ways to word it. For example:

“I can’t believe that stupid guy over there is giving me a dirty look!”

“There is an annoying man sitting over there who keeps giving me a dirty look and it’s ticking me off!”

“If that guy doesn’t stop staring at me, I’m going to get very upset!”

You get the idea.

Just as English ideas can be phrased various ways and get the same point across, so, too, can ASL. There is no one specific way things absolutely must be worded. You’re learning a language; you’re not taking a biology class. There is no one answer that is the only right answer. There are nuances that you can only learn through interaction and practice.

Yes, of course you can be taught the vocabulary and grammatical structure. And if you study daily and immerse yourself with other signers (preferably native speakers), you can get a very good grasp of the language in about two years. They say fluency comes around seven to ten years of serious study. But you will always be learning. Always. That goes for any language you learn. Heck, even native English speakers take English courses throughout school, attend workshops on the use of English, and major in English in college. We’re always learning. There is no point where you can say, “OK. Now I know it all.” (Although I do know many people who think they do.)

So try to be patient. Don’t expect so much so fast. It’s a language. It’s not a skill like dancing, where you learn how to step ball change and then never need to learn that again. It’s an ongoing venture. But, and this is a big but, it’s a journey that will lead you through many wonderful experiences.

Don’t be hard on yourself if you’re not able to fully converse with a deaf signer after, say, one 10-week class. That’s unrealistic. There’s simply too much to learn to accomplish it all in one course. You might want to have every possible bit of information crammed into every minute of each class in order to feel you’ve gotten your money and time’s worth. But you have to think about this in a mature manner. Use what you learn. Every day. Go where the signers are (and please remember to go where the skilled signers are and not just a bunch of students who are also just learning). Interact in the Deaf Culture. Become involved. There’s no point in learning a new language if you won’t have anyone to share it with. Man, oh, man! How many students I’ve worked with who have said that they don’t want to go to a Deaf event because they’re scared they won’t be able to communicate. But, you have to. It’s scary, but you have to. Besides, why are you learning it anyway if you’re not going to actually use it with people who need it?

So, will you learn American Sign Language in a few months’ time? No, you won’t. Don’t expect that. With you find, in a group of 5 teachers, that they all teach how to say something in exactly the same way? No. There is no one exact way. But will all of your work be worth it in the end? Absolutely. It’s worth it.